Melanie Griffith portrays an NYPD detective who goes undercover in the Hasidic community to solve a murder in the     diamond district in this taut thriller directed by Sidney Lumet (“Dog Day Afternoon,” “Network”.)  The film explores themes of whether religious Jews can separate themselves from modern American society and the cultural gap between secular and traditional Jews in the United States.    Co-stars include  Tracy Pollan (wife of Michael J. Fox) and James Gandolfini (“The Sopranos”) in his first credited screen role. 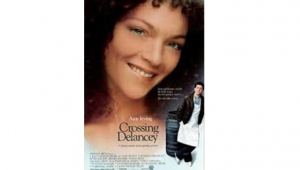 Director Joan Micklin Silver (“Hester Street”) returns to the Lower East Side with this delightful romantic comedy starring Amy Irving (“Yentl”). Thirty-something Isabelle (Izzy) Grossman is torn between the Upper West Side intellectual group she longs to be a part of, and Sam, the pickle man, whom her grandmother (played by Yiddish stage star Reizl Bozyk in her only film role) arranges for her to meet through her friend the matchmaker.

The only Woody Allen film (so far) to win the Academy Award for Best Picture (1977), Annie Hall examines the ups and of relationships with a focus on the clash between the modern Jewish-American identity and WASP culture. The film co-stars Paul Simon, Carol Kane and Christopher Walken, with cameo appearances by Jeff Goldblum and Sigourney Weaver before they be-came famous. Annie Hall also won Academy Awards for Best Actress (Diane Keaton), Best Director (Woody Allen) and Best Original Screenplay.