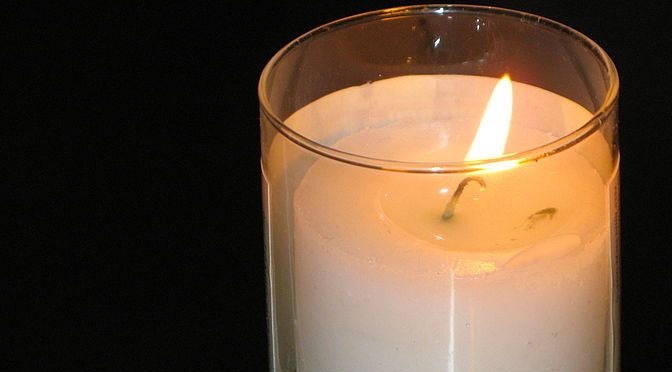 Communication is the key to any successful organization. Augusta spent many days working on the Temple bulletin. Working on articles, brushing on rubber-cement to glue the articles in place and running off the finished product on the mimeograph machine. I know this, because I was with her and learned how to use carbon paper and manual crank the machine. As we move forward with electronic communication, I am so proud to be able to help sponsor this website in memory of my parents, Morton B. and Augusta Gershman.

A dedicated, devoted, loving, Jewish couple. Their decision to become residents of Cranford NJ centered not only around the best house they could afford, but the best Jewish community to raise their family.

Morty & Gussie, as they were known in the old days, moved to Cranford in 1956. It did not take them long to make their mark on the Jewish community. A mark that would last over 50 years. Augusta began her involvement in 1956 as a Sisterhood Board member; she ended her involvement as the Treasurer of the Board of Education in 1980. She spent many Friday afternoons preparing the Oneg Shabbat for Friday night services. In 1967 she established the first library at the synagogue. Within four years, the library outgrew their space in the Temple chapel and in 1971 a new space was dedicated as the Bonnie Weiner Memorial Library. Long after her personal involvement ended, her legacy continues to live on.

Morty, on the other hand, was President of just about everything and was instrumental in many firsts for the Temple. He served as the Temple President from 1963-1965. With Dad’s encouragement and faith in both Abbie Halperin and the Temple, he was able to install her as the first female president of the congregation in 1986.

Morty also served as Men’s Club President during various years in the 70’s and 80’s. He was the chairperson for the first Education fundraiser and helped create the first Temple Beth El family photo album. The fundraiser ‘s main event was an elaborate dinner dance.

Bowling was another of Morty’s passions and he was Men’s Club Bowling chairperson for many years. On Sunday morning, before bowling at Echo Lanes, he taught Bar Mitzvah aged boys how to wear t’fillin, eat the proper bagel and lox and then with high spirit and his own magical twist, sing the Birkat Hamazon

His involvement did not end at the Temple level. In the 1970’s, Dad was on the board of directors of the Northern NJ Region of the United Synagogue and as a trustee on the board of the Jewish Community Council of Eastern Union County. When Rabbi Shanken resigned in 1978, it was my Dad who was chairman of the Rabbi search committee. The next Rabbi of our Synagogue, Ron Hoffberg was our spiritual leader for the next twenty years.

My fondest memories of bringing fundraising together with music, dancing and singing were the infamous Dinner Dances. I was proud to be a part of them from May 1989 to May 1993. I became involved in January 1989, when Abbie Halperin and Shona Young came to our home one evening to gather information on my Dad and Mom to use at the Dinner Dance that would honor him and Wynn Kent. We were writing lyrics to famous songs to honor and memorialize these two men. I was then asked to join their group of merry women and sing the songs we wrote. I cannot begin to express to you, the joy on my parent’s faces when they heard me sing to them that evening . For four more years, I got to see the joy on their faces every May when we were privileged to sing and honor more past presidents and at my final show Rabbi Hoffberg.

Morty never stopped caring about the Temple and the people in it. He was an active member of the Temple Board as a Trustee until he and Mom moved to Florida in 2001.

After their retirement a visit to NJ was not complete unless it included a Friday night service at Temple Beth-El Mekor Chayim. Even without the plaques on the back of their seats, every Temple member knew where Morton B. and Augusta Gershman would sit. I am sure that on some days, people can still hear them singing loudly, proudly and lovingly in the back of the Sanctuary.